Sometimes I can’t believe it’s December already… and sometimes I feel like this year has been the longest I ever had to live through. Yet here we are.

But what other industries have profited from the COVID-19? Let’s see… home-fitness for one. Sales for home gym equipment sky-rocketed since the closure of gym, and the various restrictions on health centers and such due to social distancing. Another industry that did pretty well this year was bicycles. That’s right, more and more people wanting to avoid public transports, started to spend more time in open spaces and parks. What’s next.. Oh I know! Table tennis! And football tables too 🙂 and why? Because pople wanted to reproduce their recreational areas at home.

There is another home entertainment that profited from lockdown: subscription-based businesses delivering content to their audiences. Yes, I am talking about the likes of Netflix, Amazon Prime, Disney+ (they really picked the perfect time for launching it uh? – BBC agrees), as well as Only Fans and Patreon.

HOW MUCH DO YOU KNOW ABOUT THE UK SEX INDUSTRY? – PART 1

HOW MUCH DO YOU KNOW ABOUT THE UK SEX INDUSTRY? – PART 2

Let’s take a closer look at Only Fans and Patreon and their history.

What is Only Fans?

OF made the news back in January 2020, when one of their content providers raised more than $1 million in contributions to charity during the wild bushfires in Australia (yeah, 2020 really didn’t have a good start). This started a trend, which continued for a short while.

OF stayed in the news over the course of 2020, not always for the right reasons. In April, BBC Three published a documentary denouncing the lack of control over the content, including the exploitation of underage content creators who drove traffic to the site. In May, the site had 24 m registered and saw 200k new users every 24 hours with 7-8k new creators joining every day. In July, Sky News published information that they had not paid VAT in the last 3 years (ouch). In August, the Bella Thorne case sparked huge controversy; the ex-Disney star claimed she was going to publish nude photos of her, and then kinda didn’t (yet still cashed in more than $2 million in less than a week)…. fans were NOT happy.

Shortly after that, guess what, OF rolled out new restrictions to limit what content creators (and therefore also sex workers) could charge on the platform. Obviously OF officially denied that the new restrictions were related to Thorne, but hey! it was done.

Patreon is another marketplace-type of platform. It was funded in 2013 by a musician who wanted to make a living from his YouTube videos and his friend, a developer, both based in San Francisco, USA. Patreon was a place where content creators earned money from paid subscriptions by their users – aka ‘the “patrons”. Yep, that’s right, the format is very similar to Only Fans. They also charge similar fees, 5-12% of creators’ monthly income plus some processing fees.

Patreon received various investments between 2013 and 2016, and acquired Subbable (a similar voluntary subscription service created by the Green brothers). Didn’t stop there, reached 50,000 creators in 2017, and then acquired another membership service company, Memberful, in 2018. That’s also the year Patreon started banning some of the adult content produced by its own creators.

In some way, those limitations defined even more Patreon’s content creators. The site is build in a way where the content is split by type (think video/films, podcast, comedy, comics, games, education, etc.). There are YouTube videographers (obviously), webcomic artists, writers, podcasters, musicians, some adult content creators, and more.

This year, traffic to both sites has doubled. Yes, literally doubled. OF with its 750k content creators and Patreon with another 180k, have now millions of members across the world who follow their favourite celebrities such as Cardi B, Blac Chyna, and Tana Mongeau.

So we talked about some issues with some of these high profile actors and actresses (*cough* Bella Thorne *cough*) forcing these market-place content platforms to re-regulate themselves… but how have these type of issues affected sex workers?

Starting with Patreon, their Community Guidelines are more vigilant on sexual and pornographic content, with “Not Safe For Work” categories and more. Because of these restrictions, it has made sex workers steer away even more from the site.

Next, let’s look at Only Fans. Sex workers, have made the most of the platform, with its more relaxed regulations, a lot of them have managed to maintain a stable income during the pandemic.

But what have the sex workers have said about it? Well, see for yourself on this tweet (the video is about 8 secs long).

Well this is awkward! Bella Thorne’s OnlyFans scam caused OF to drastically reduce the amount SWs can charge for content, which SIGNIFICANTLY impacts our income. I lost my job due to the pandemic, so online sex work is my ONLY source of income right now. Here is my statement: pic.twitter.com/TUPJUPf32s

And if you wanted to read more about it, here is an article by the Guardian: A Thorne in the site: the Bella Thorne and OnlyFans controversy explained

It’s still scary there are anti-sex advocates out there, who continues to stigmatise the industry and its people. The sex workers have to deal with so much abuse and discrimination for just monetising their body, particularly at a time where they have lost their job and this is now a fall back plan.

What about you? Are you on OF or Patreon? As a content creator or as a fan/patreon? What do you think of the whole situation?

Interested in how the online community is regulated?
The UK Government has been looking at putting into place an Online Harms Bill for some time now… however it looks like it won’t come into effect until 2023. More on this BBC News article.

Sex education for all

Sex Education is a feel good, wholesome, and honest show about a bunch of students at this fictitious American-looking school in the middle of the… 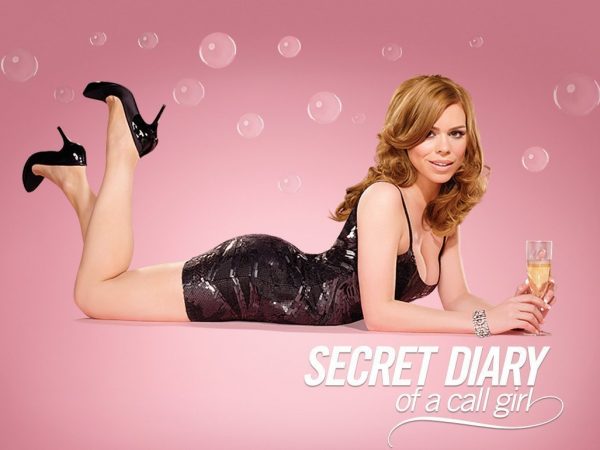